Kyocera’s aquarium LED lighting will be available to the Japanese market in the middle of August in four types: 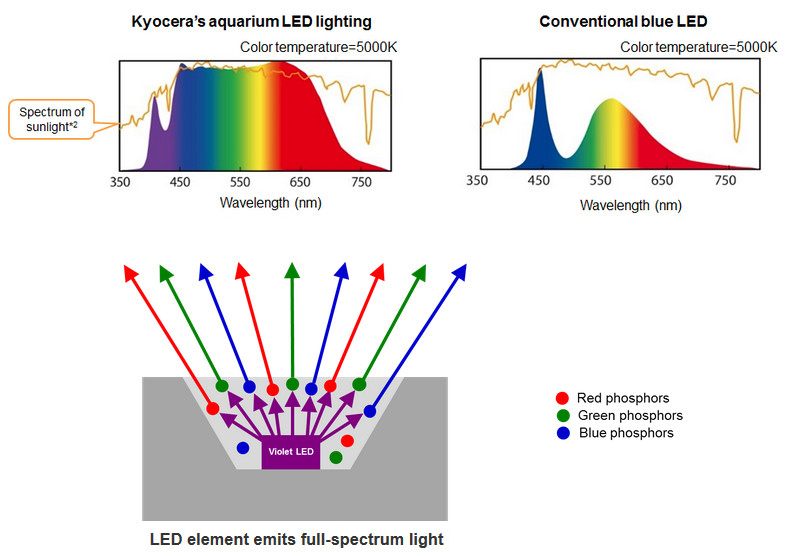 Furthermore, as each LED element emits full-spectrum light close to the natural sunlight, it produces light with luminance uniformity without color separation making it ideal for growing corals and other sea creatures for a long period of time.

2. High light output
Kyocera’s proprietary ceramic technology provides excellent durability in an LED light. In addition, an air-cooling function utilizing air convection offers a high output while maintaining high color rendering. Assuming this light would be used near the sea, Kyocera developed a robust design with a heat dissipation structure to use natural air. As this design does not require a fan, which was traditionally considered one of the main reasons for product breakdown, the new aquarium LED light can minimize failures.

Endorsements from collaborators
Dr. Beatriz Estela Casareto, Professor at Research Institute of Green Science and Technology, Shizuoka University
“Whether corals can normally grow strongly depends on the health status of their symbiotic algae named zooxanthellae. As a result of their photosynthesis, zooxanthellae provide corals with essential organic matter that corals utilize for their growth. Light is a very important environmental factor that determines the photosynthetic performance of zooxanthellae and, therefore, the coral health status. At Shizuoka University, we had developed an experiment to test the abundance of zooxanthellae and their photosynthetic pigments (chlorophyll a and peridinin) in aquariums at 24℃, to test the effect of light on coral growth using Kyocera's Natural White's LEDs (KNW) and a conventional LED (CLED) at 400 μm cm-2 sec-1. The experiment was conducted for 2 months using two coral species, Montipora digitata and Acropora spp. from Okinawa. Results showed that corals incubated under KNW kept their original color intact against corals under CLED that appeared pale after 2 months. Zooxanthellae density increased 32 to 47%, Chl-a 17 to 44 % and peridinin 26 to 125% in KNW treatments when compared to CLED treatments. Results clearly showed that, due to its similarity to the natural sunlight, the KNW lamp is highly suitable for growing corals during a long period of time. It is also expected that, using KNW, new results in the study of coral physiological responses and coral bleaching will be obtained.”

Mr. Tetsuo Takeshima, Director of Enoshima Aquarium
“We had been looking for a high-quality light source alternative to metal-halide lamps since manufacturing and importing mercury products will be restricted from 2020 based on the Minamata Mercury Convention signed in 2013. It had been a big challenge for us because many sea water creatures cannot grow well with conventional LED lighting. We found Kyocera’s LED lighting and tried using it for an experiment to raise eelgrass, which is difficult to grow with conventional LED, and this experiment showed positive results. We expect Kyocera’s LED to drastically reduce power costs while creating a good environment for raising marine life.” 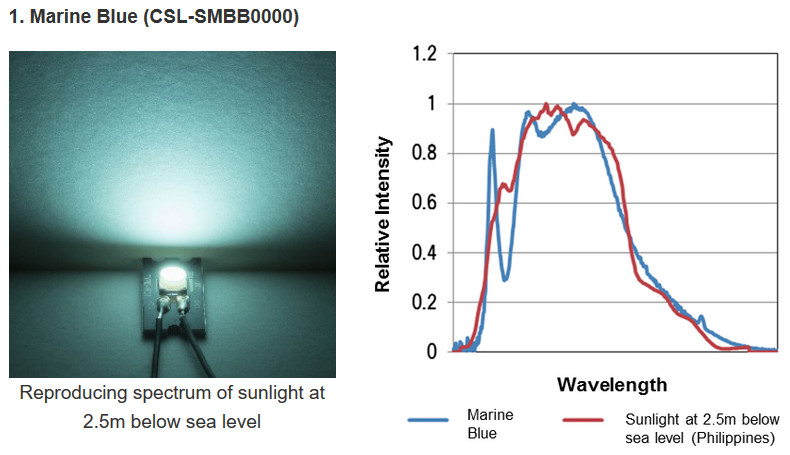 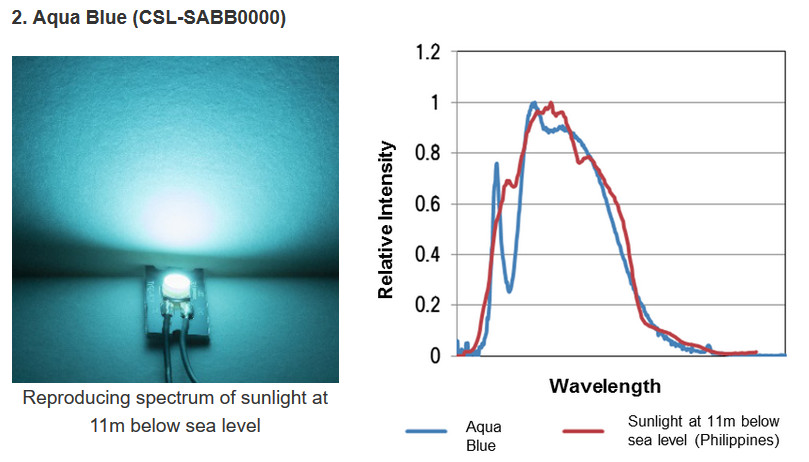 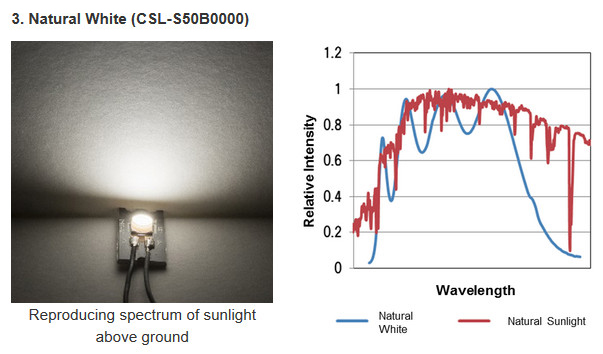 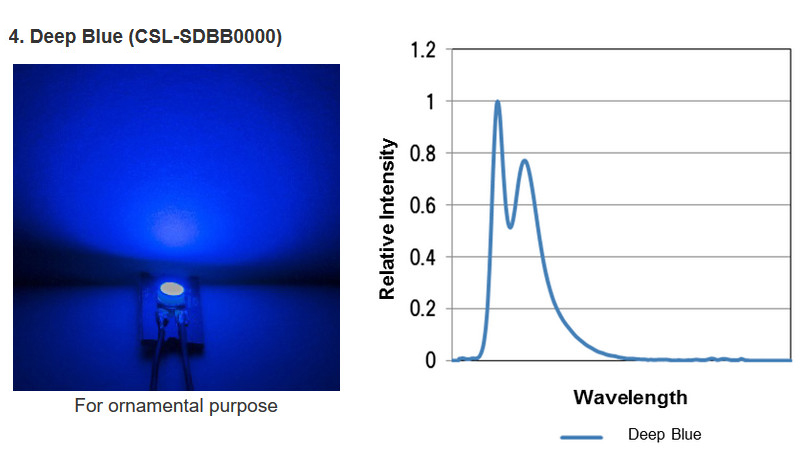 *1 Among LED aquarium lighting for hobby purposes which emit full spectrum light from a single element (Based on a survey by Kyocera, as of July 26, 2018)
*2 Source of spectrum data: ASTM International (ASTM G173 - 03)

For more information on KYOCERA: www.kyocera.eu