For the thirty-third time in its history, the Inamori Foundation has conferred the Kyoto Prize to researchers who have contributed to the fields of “Advanced Technology”, “Basic Science” and “Arts and Philosophy”

The semiconductor engineer Dr. Takashi Mimura, the plant physiologist Dr. Graham Farquhar and the musicologist Dr. Richard Taruskin accepted the Kyoto Prize for their life work at a ceremony held in the old Japanese imperial city today. Along with the Nobel Prize, it is considered one of the world’s most important awards that pays tribute to important figures in the fields of technology, science and culture.

Kyoto/London - This year’s award winners were presented the Kyoto Prize for their contributions to “Advanced Technology”, “Basic Sciences” and “Arts and Philosophy” at a formal ceremony. The prestigious award, which is presented by the Inamori Foundation every year on the 10th November, was bestowed this year for the thirty-third time. All three laureates graciously accepted the award at the Kyoto International Conference Center, located in the old Japanese imperial city, while in the presence of Princess Takamado, who is a member of the imperial family, and over a thousand international guests from the areas of academia, culture, business and politics. The award itself consists of a diploma, the Kyoto Prize medal and prize money in the amount of 50 million Yen (about €400,000) for each category. 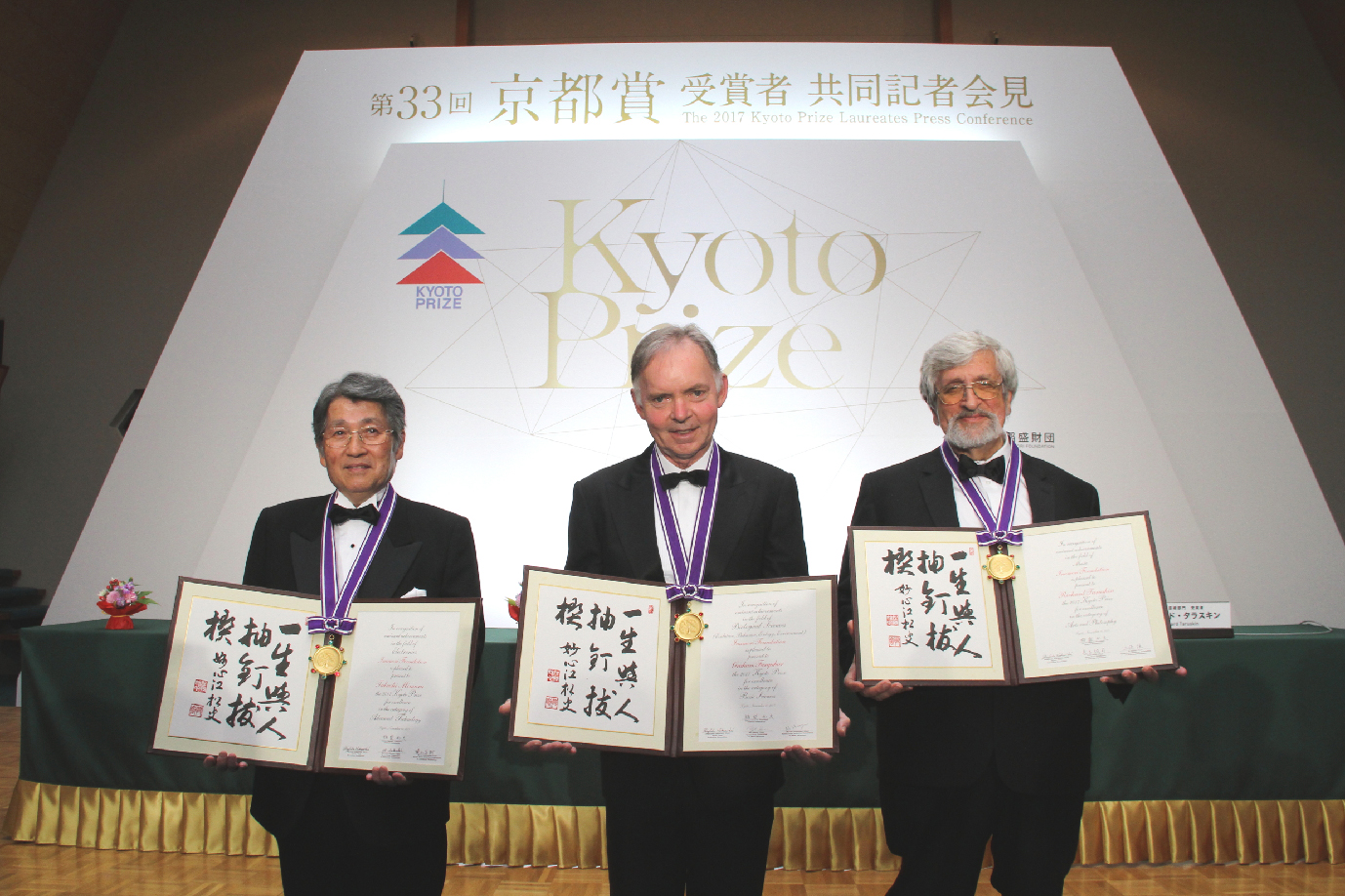 The Kyoto Prize: An award steeped in tradition

The Kyoto Prize was created in 1984 by Kazuo Inamori, the founder of the Japanese technology enterprise Kyocera, which is based in Kyoto. Award winners over the last 32 years have included pioneers in their respective fields such as the choreographer Pina Bausch, the philosopher Jürgen Habermas, the Japanese fashion designer Issey Miyake, the French composer Pierre Boulez, and the molecular biologist Yoshinori Ohsumi, who also received the Nobel Prize this year for his research. 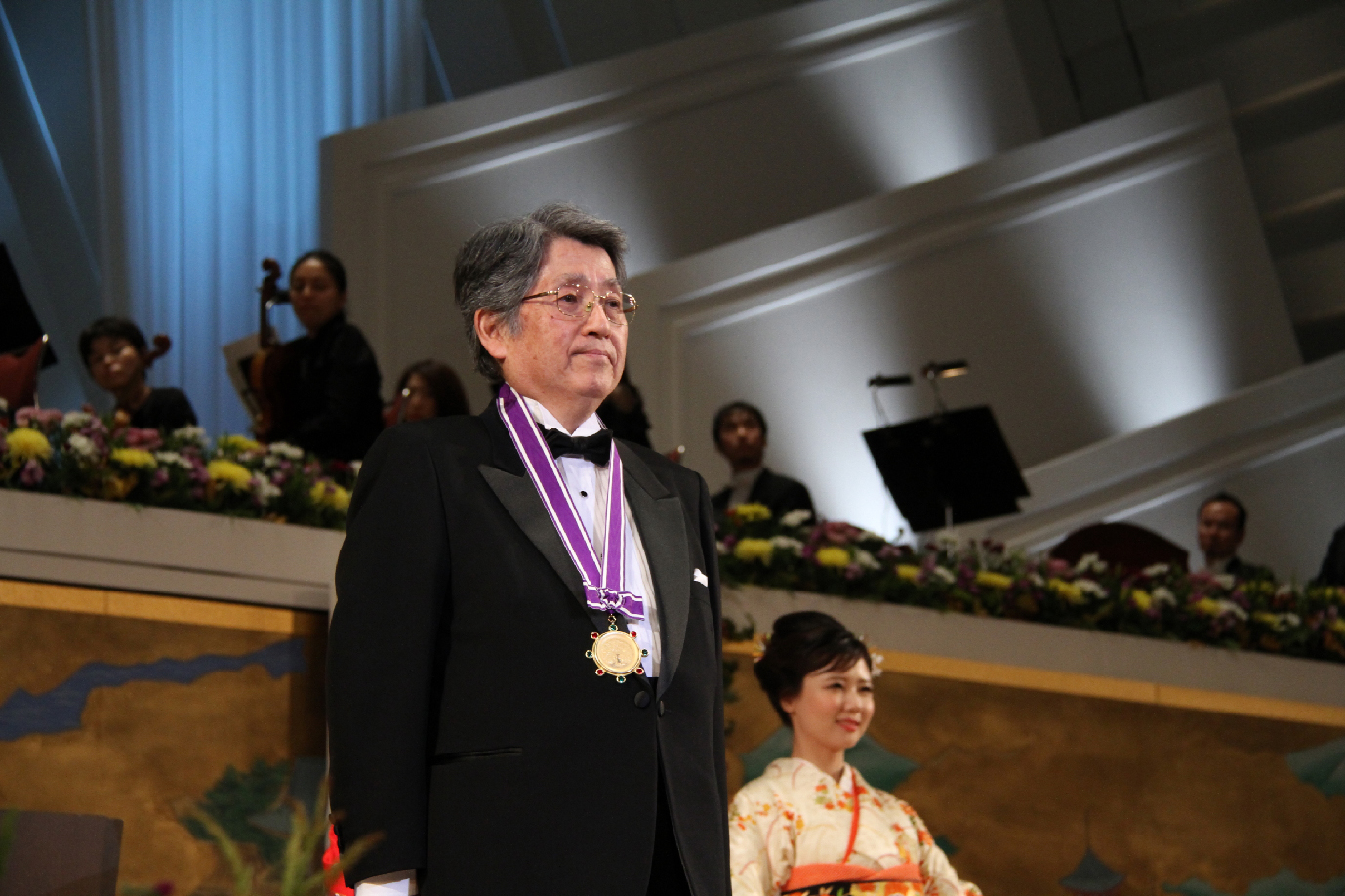 Dr. Takashi Mimura has invented a high electron mobility transistor (HEMT), stacking two different semiconductors. He led the development of HEMTs which have excellent high-frequency characteristics due to the high mobility of their electrons and promoted their applications to microwave receivers for radio astronomy and receivers for broadcasting satellite and GPS systems, mobile phones and their base stations, and millimeter-wave car-borne radars for collision avoidance. The HEMT has greatly contributed to the progress of information and communications technology as well as to physics studies of electrons with reduced dimensions, immensely influencing the foundation of modern society. He is an executive visiting researcher at the Advanced ICT Research Institute of the National Institute of Information and Communications Technology. Dr. Mimura, 72, from Osaka is a recipient of various awards and honors, including the Medal with Purple Ribbon from the Japanese government, the ISCS Heinrich Welker Award and the Japan Society of Applied Physics Achievement Award. 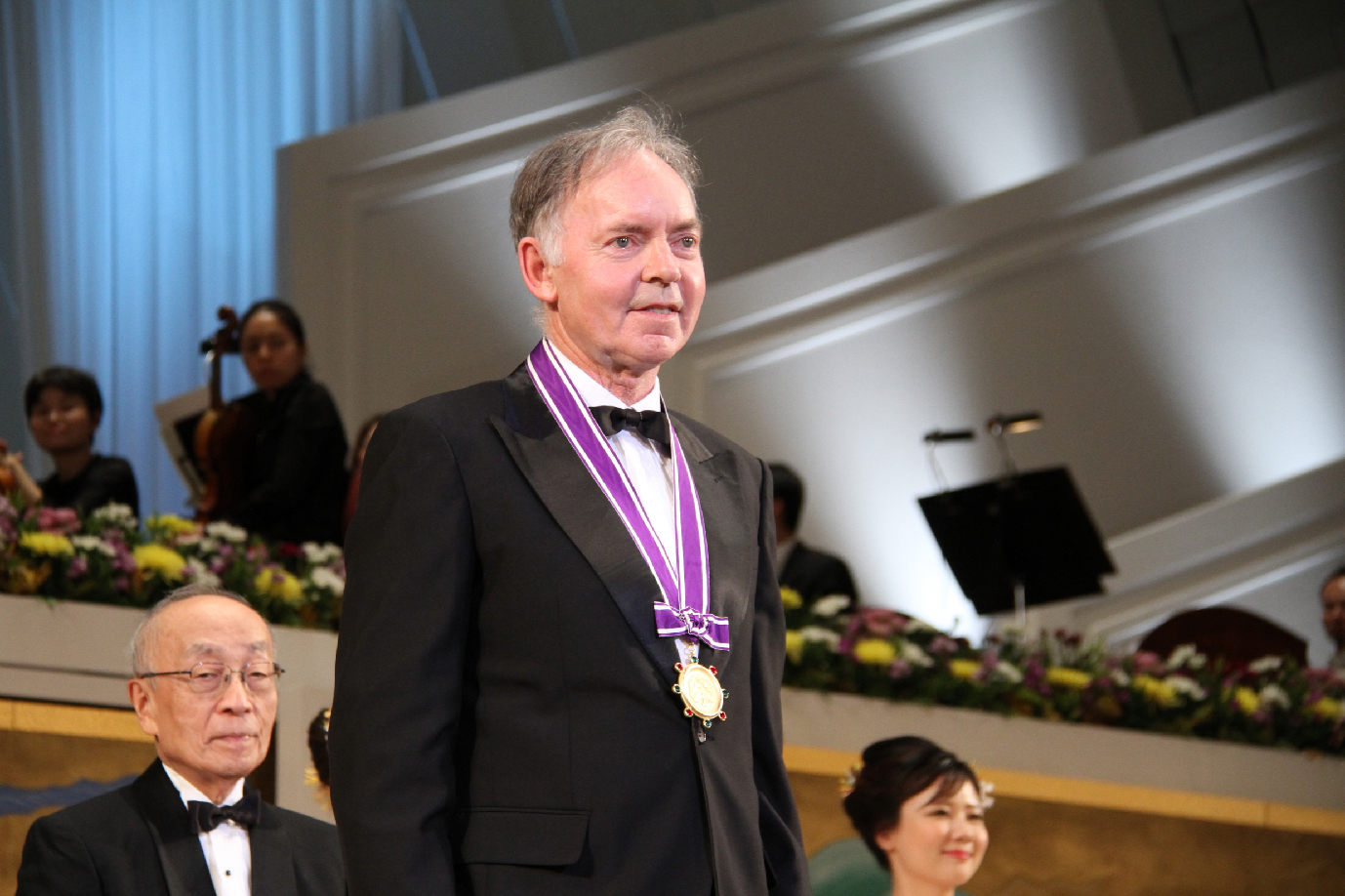 Dr. Graham Farquhar has developed a series of process models of photosynthesis, making possible the prediction of the environmental responses of carbon dioxide exchange between vegetation and the atmosphere. The models are extremely important in that it is incorporated in almost all of the existing models of the terrestrial biosphere and carbon cycles and is indispensable for climate change science and environmental science. He has also assisted in the selection of drought-resistant varieties of wheat and peanut by deploying his process-based models. He has served as a member of the Intergovernmental Panel on Climate Change and a scientific adviser and Australian representative to the Kyoto Protocol negotiations. Dr. Farquhar, 69, from Tasmania once served as research associate and specialist at the Michigan State University-U.S. Department of Energy Plant Research Laboratory before returning to his alma mater, Australian National University. He has received the Humboldt Research Award and the Prime Minister’s Prize for Science, and is an Officer of the Order of Australia. 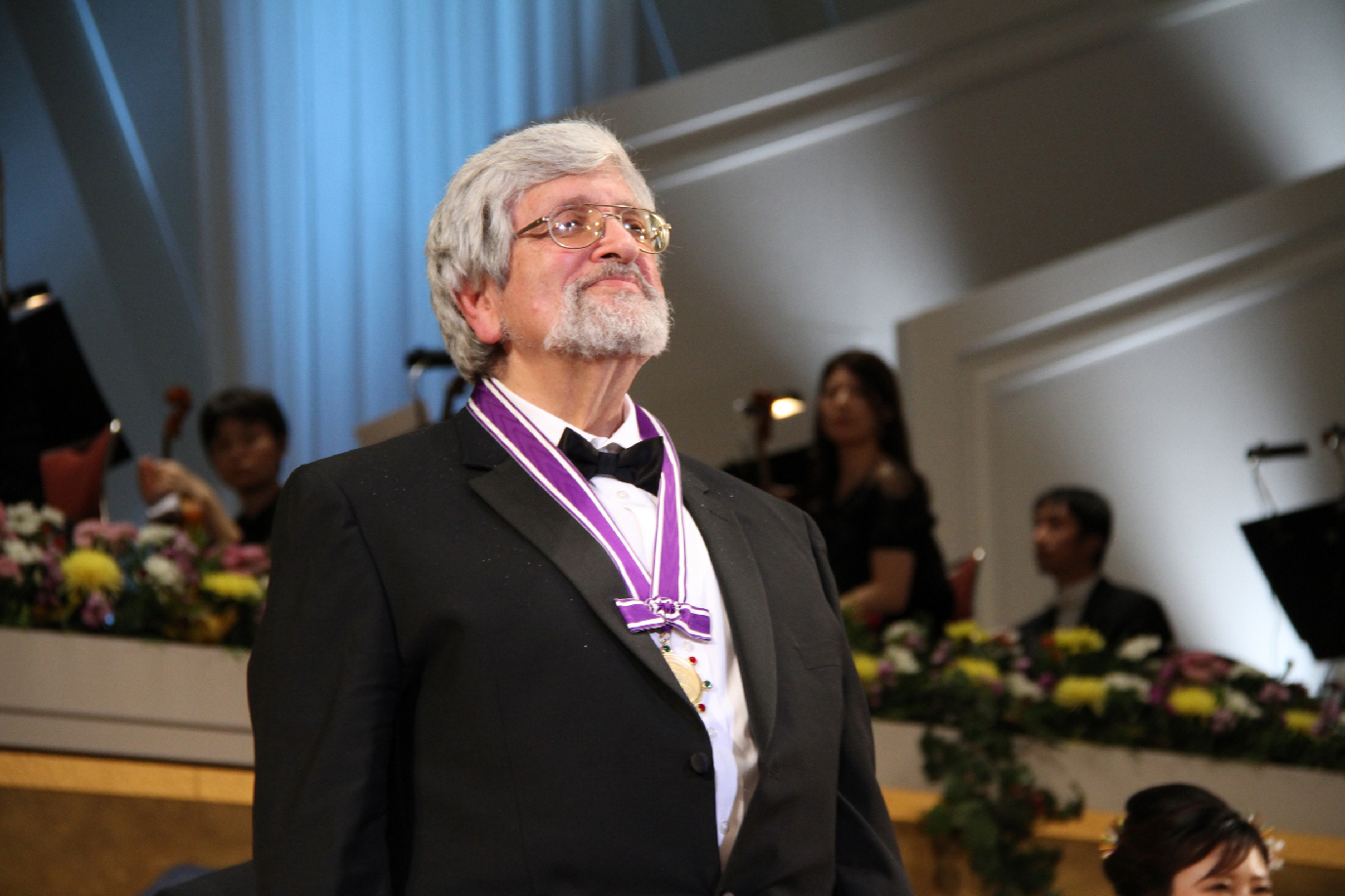 Dr. Richard Taruskin is a musicologist and critic who has defied conventional critical paradigms, transforming contemporary perspectives on music through his historical research and essays. He argued that contemporary performances of early music were not true examples of “authenticity” but rather reflections of late 20th century aesthetics. He has said that no rigorous analysis of musical texts can ever really reveal the true intentions of the composer, which must remain a “mystique.” This argument influenced the performance world of early music. His revolutionary method of analyzing original compositions alongside studies of contextual circumstances has reflected his extensive knowledge of history, culture, politics, art, literature and religion. His widely acclaimed books include The Oxford History of Western Music, the most extensive overview of Western music history ever written by a single author. The quality and volume of his work reveal that in music, creativity can be found not only in composition and performance, but also in meticulous discourse contextualizing the art. A native of New York City, Dr. Taruskin, 72, has received numerous prizes and honors, including the Dent Medal and the Royal Philharmonic Society Music Award.

For more information on KYOCERA: www.kyocera.eu