Oxford, United Kingdom, 11 May 2017 – The inaugural Kyoto Prize at Oxford lectures were opened in front of a preeminent group of guests on Tuesday, when the founder and chairman emeritus of KYOCERA, Dr Kazuo Inamori, presented a lecture on the pressures facing society today. 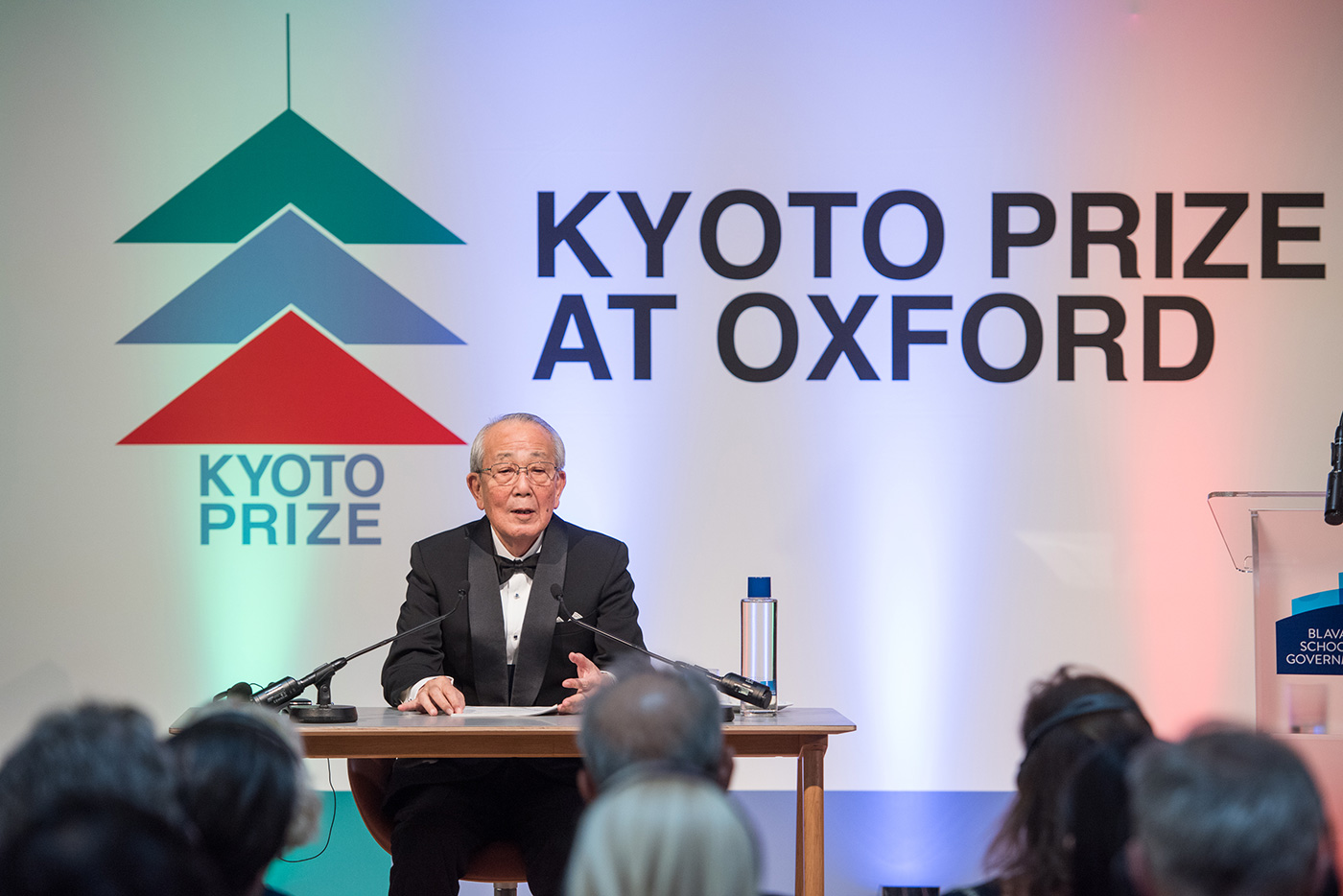 The prestigious Kyoto Prize, first awarded in 1985, honours those who have excelled in one of three categories: Advanced Technology, Basic Sciences, and Arts and Philosophy. Over the two days, Kyoto Prize Laureates gave lectures borne on the guiding principles of the award: to honour those who have contributed significantly to the scientific, cultural, and spiritual betterment of humankind.

Dr Inamori’s lecture, titled ‘From a Society of Greed to a Society of Altruism’ and presented at the Blavatnik School of Government, was introduced by Professor Louise Richardson, vice chancellor of the University of Oxford.

“For millions of years, we have been passive beings on the Earth,” said Dr Inamori, who gave an enlightening account of how humans have moved from living in the constraints of the natural world, to a race of cultivators who have upset the earth’s cycle of materials and energy.

Through innovation and evolution, humans freed themselves from the shackles of nature, using natural resources for their own benefit through intelligence and will. This move has, over many years, had a damaging effect on the natural world, Dr Inamori lectured.

He spoke of how now, particularly with a population explosion continuing, there is a need for society to move towards a more altruistic existence. There are limits of what we can take from the Earth, and this could be used up within a few decades.

“There is a problem of human attitude. I believe that the most important thing living in a modern capitalist society is to have a correct set of ethics and strong moral code,” he said.

KYOCERA Document Solutions, headquartered in Osaka, Japan, is a leading manufacturer of document imaging solutions and document management systems, including colour and monochrome multifunctional products as well as printers and wide format devices. Kyocera’s products are renowned for their unique long-life imaging components that provide greater reliability and less waste - resulting in a lower Total Cost of Ownership (TCO) over the life of the product.